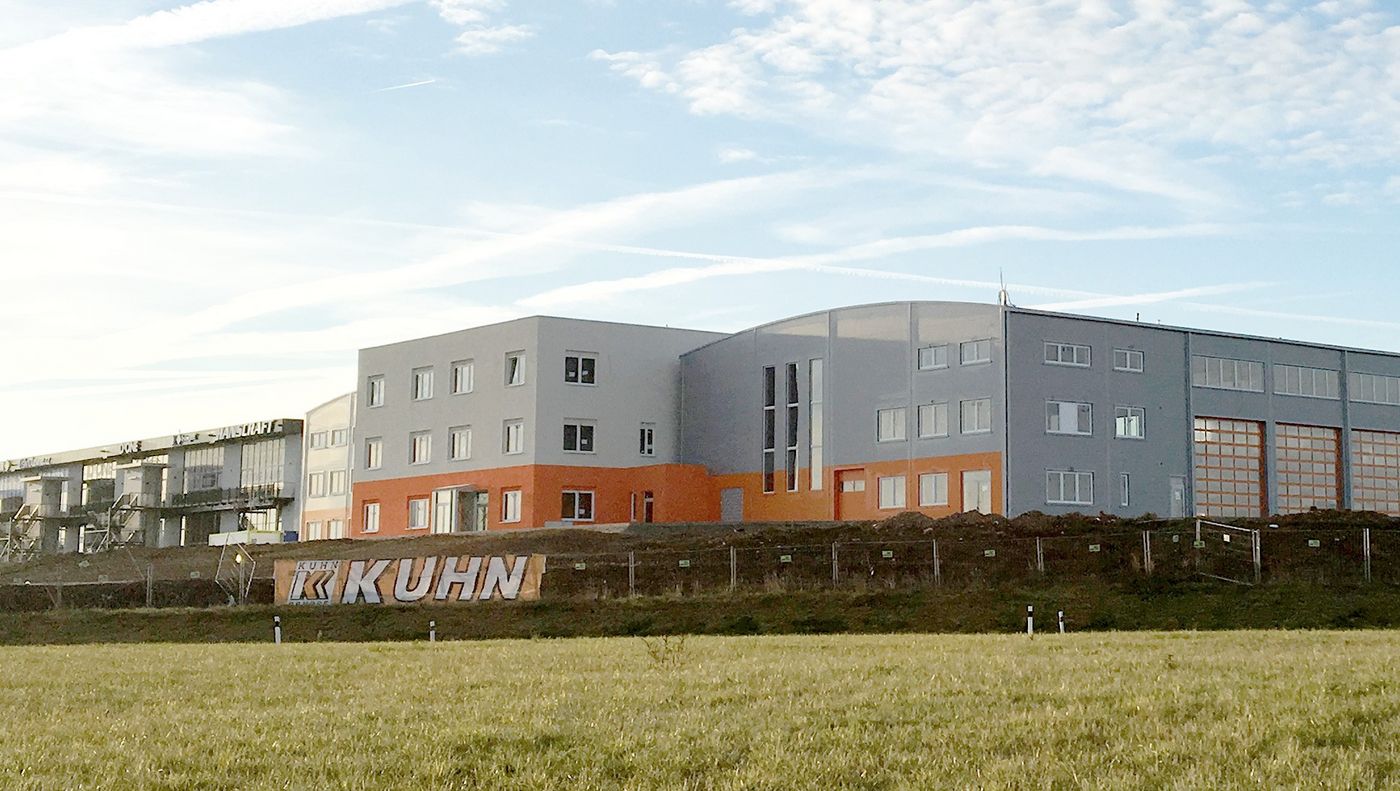 A new centre of operations for Kuhn Bohemia.

Between February and December 2016, PORR realised a new company space for Kuhn Bohemia in Čestlice, near Prague. The modern business centre was constructed on an approx. 16,000m2 site in the commercial area right next to Exit 8 from the D1 motorway.

The administrative building was constructed on a slab with pile foundations. A prefabricated framework construction in reinforced concrete served as the load-bearing system. The external walls of the upper floors were made from ceramic brick blocks.

PORR also constructed, as a separate construction element, a projecting roof with walls on three sides for machinery storage and safekeeping. An additional service component was the stabilisation of a floor area of approx. 6,000m2 with lime. 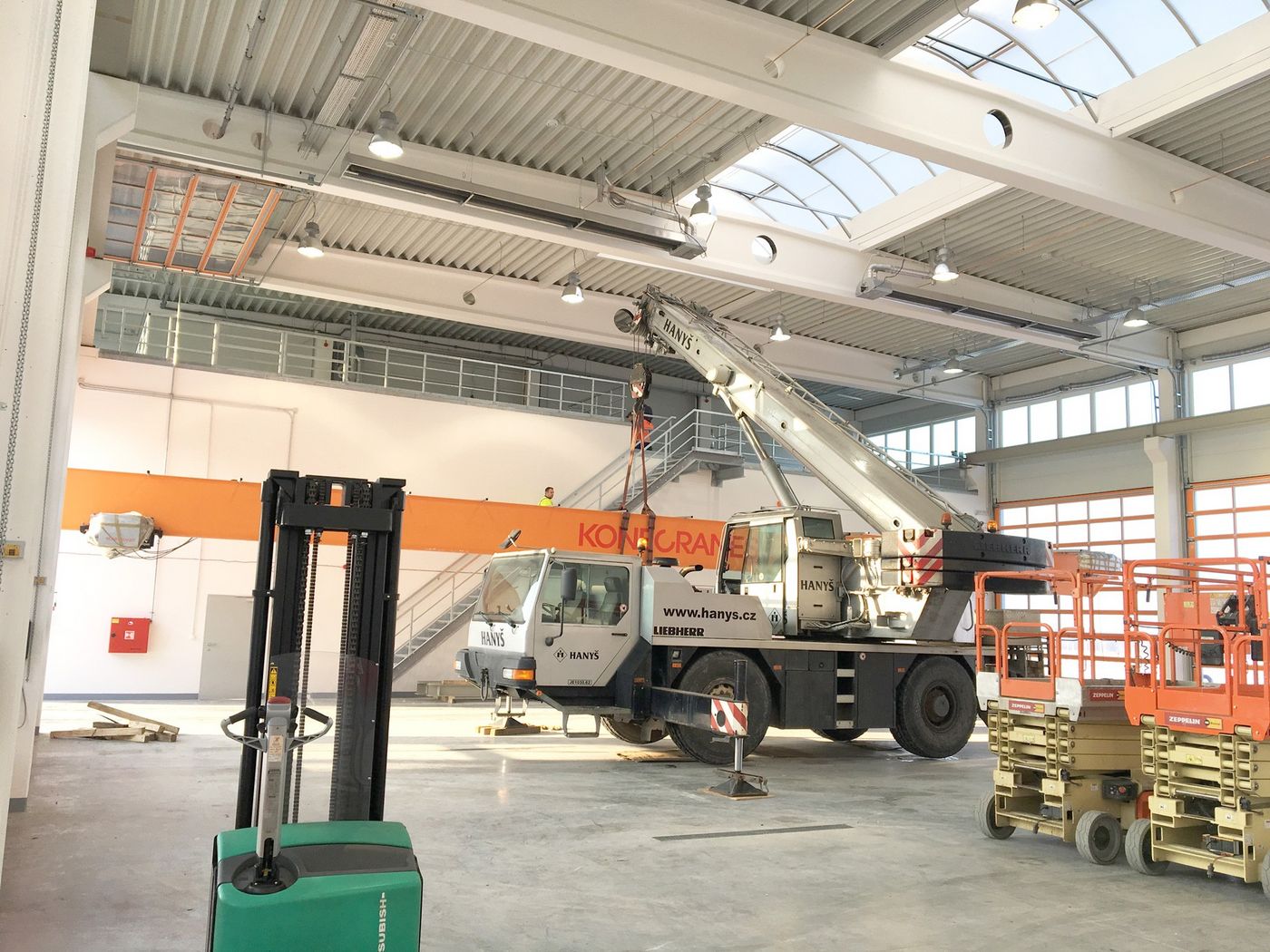 Machinery parking under a new roof.

Kuhn Bohemia invested in a new business centre in Čestlice. 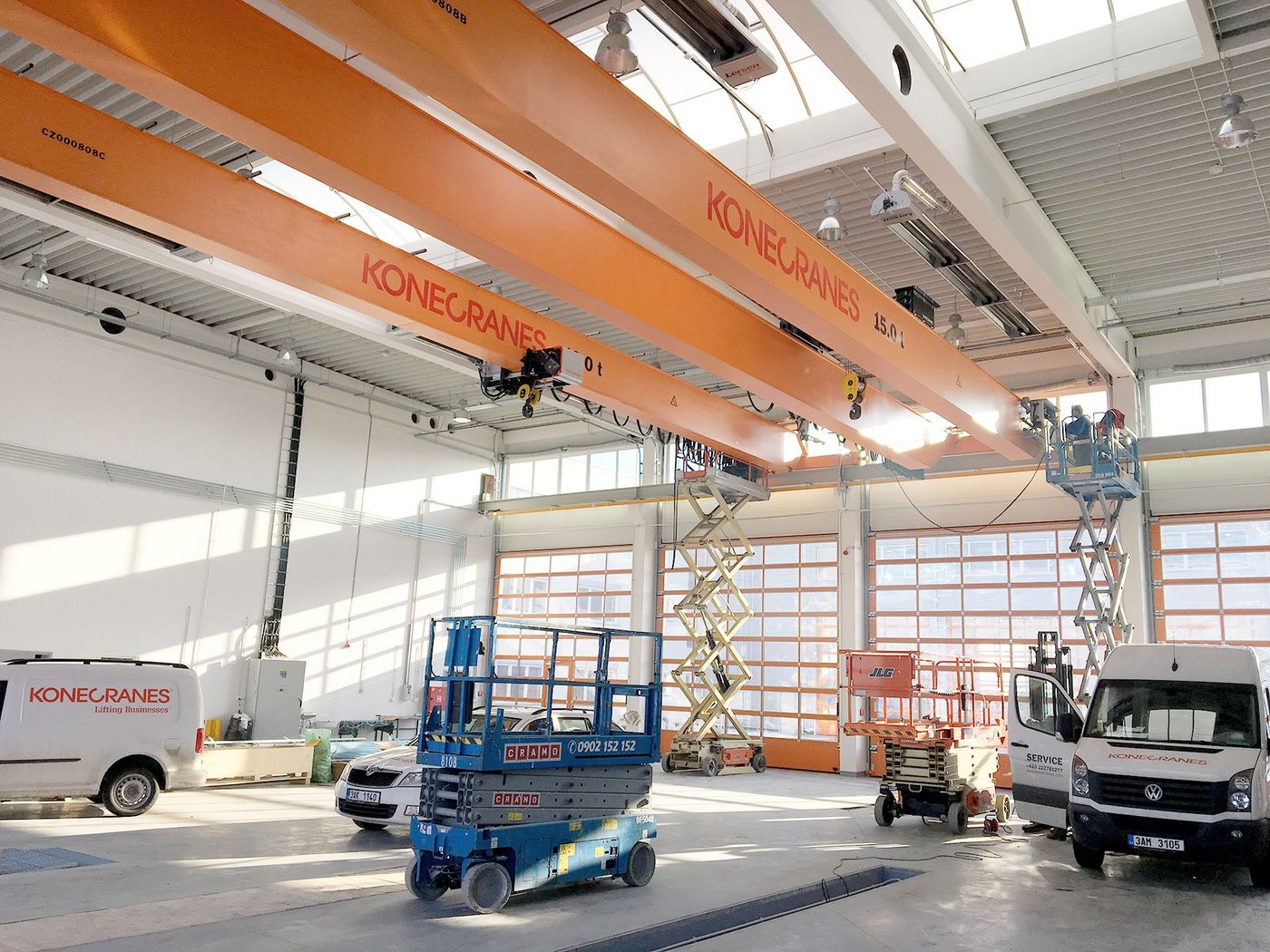 All under one roof.

The administration and machinery parking are now combined at the new address.