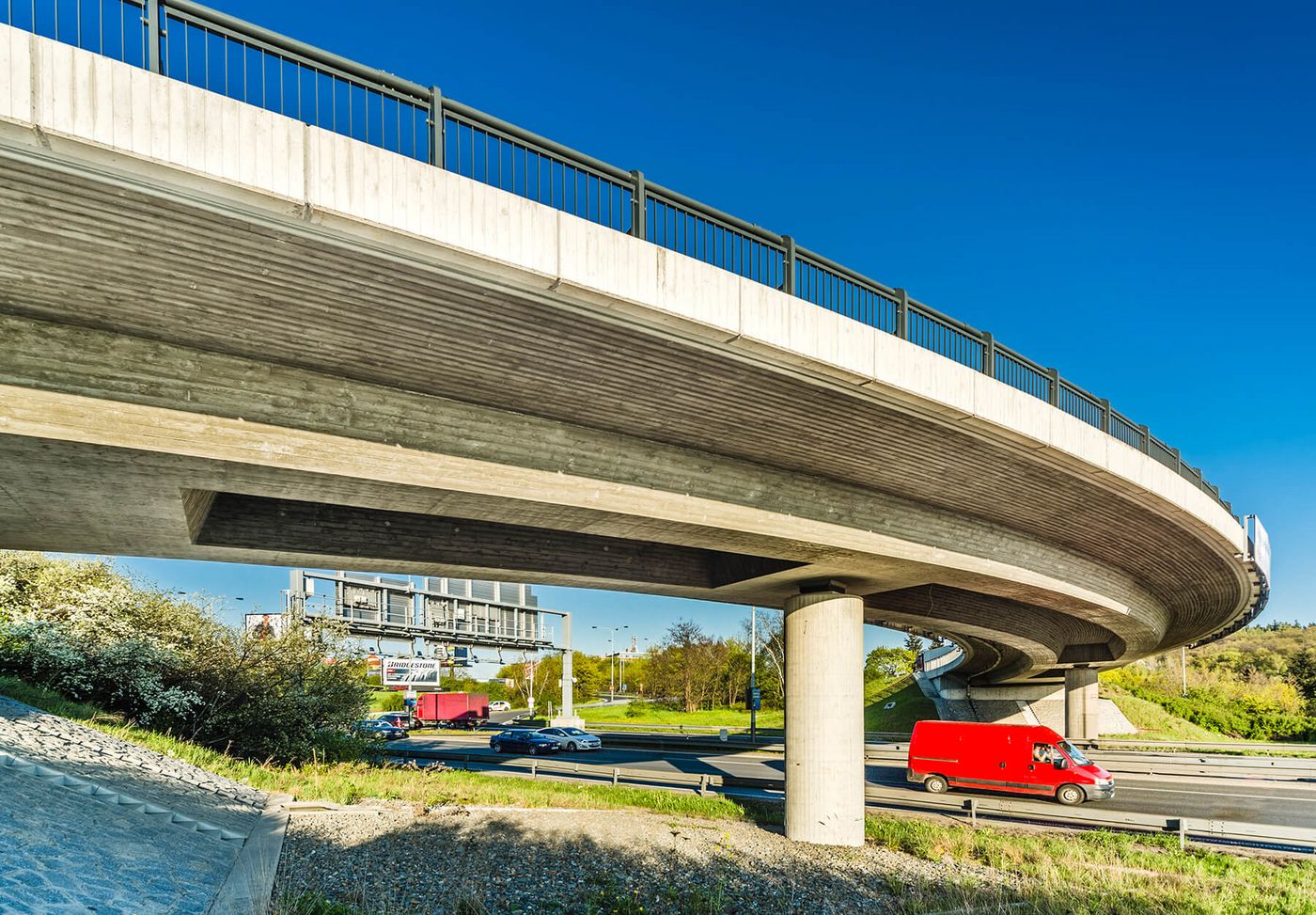 In just seven months, PORR constructed a new road bridge on one of the busiest routes in Prague. The company’s work served to replace an old, dilapidated bridge. The new pre-tensioned exposed concrete structure is not just optically better-suited to the city, it also satisfies the requirements of modern traffic. The fact that this traffic had to remain uninterrupted throughout the entire construction period presented particular challenges, but these were successfully overcome.

For the first time in the Czech Republic, a bridge was completely demolished in a single night. PORR was responsible for project preparation, planning and execution. The works were carried out amid great public interest and were successfully completed in November 2013.

In the same year, the bridge received the people’s choice award in the "Czech Traffic Constructions - Technologies - Innovations" competition. 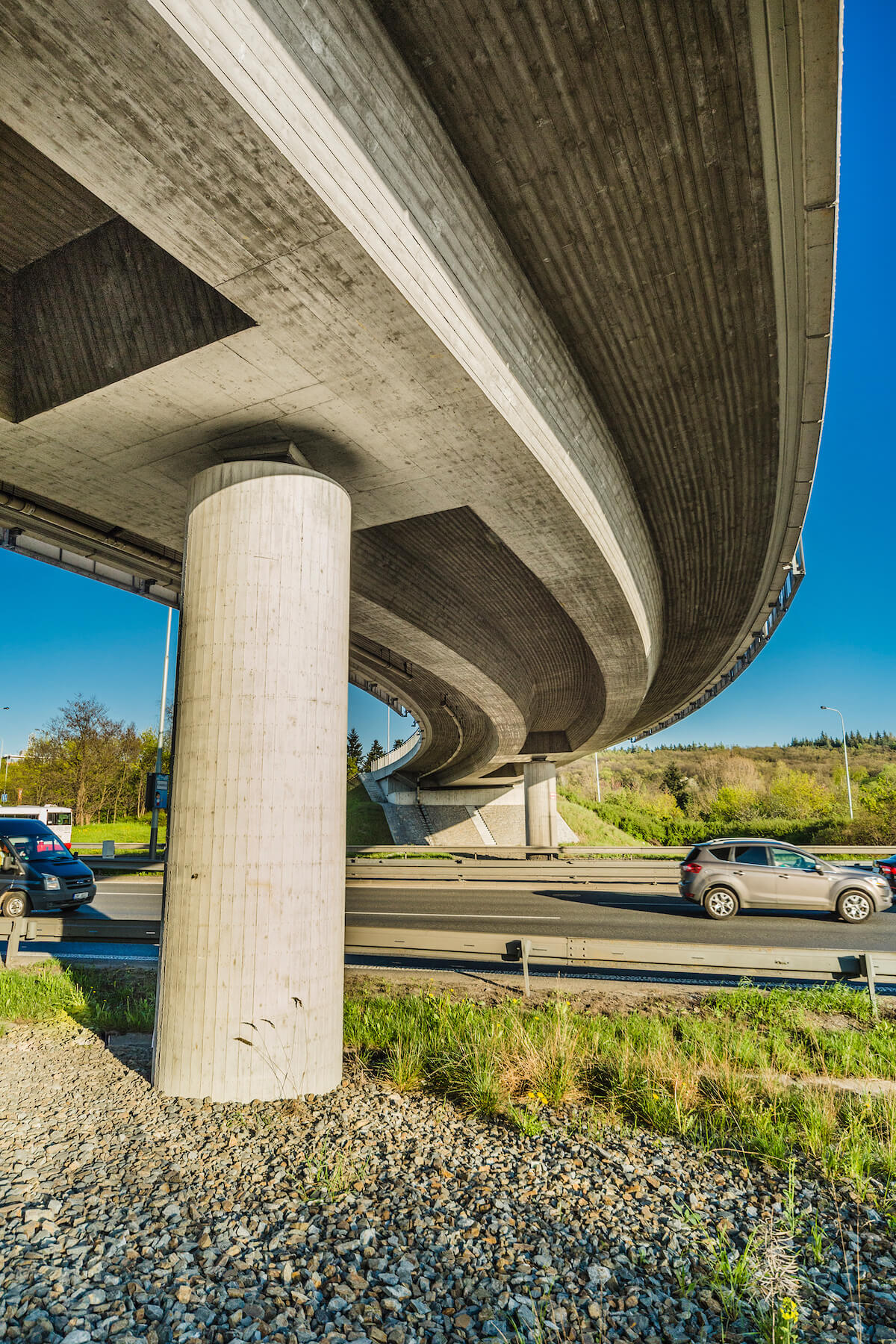 In 2013, the bridge construction won a well-known prize from the technical transport minister for its innovative execution. 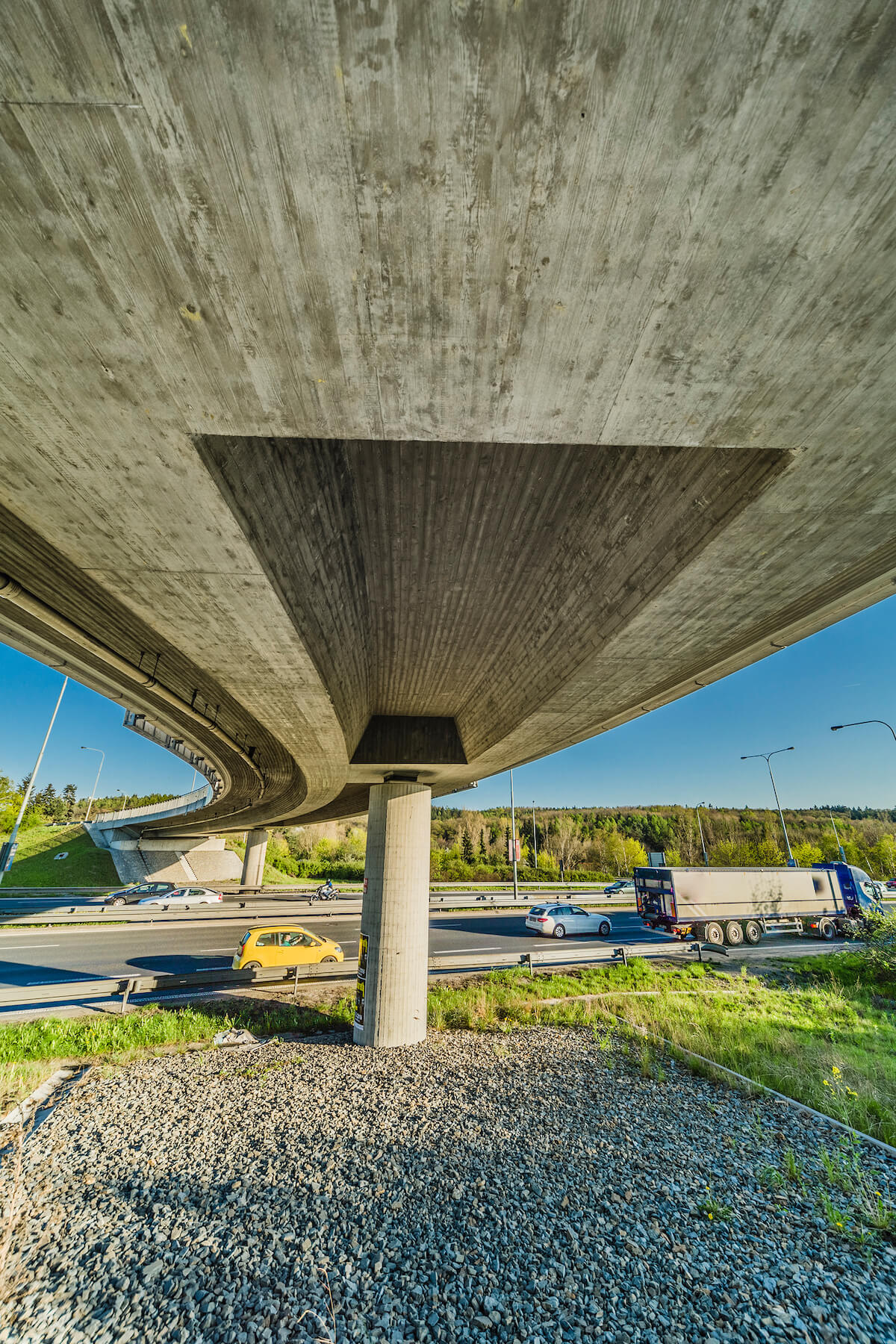 The solid slab framework is suitable to withstand the weight of present-day traffic on the bridge. 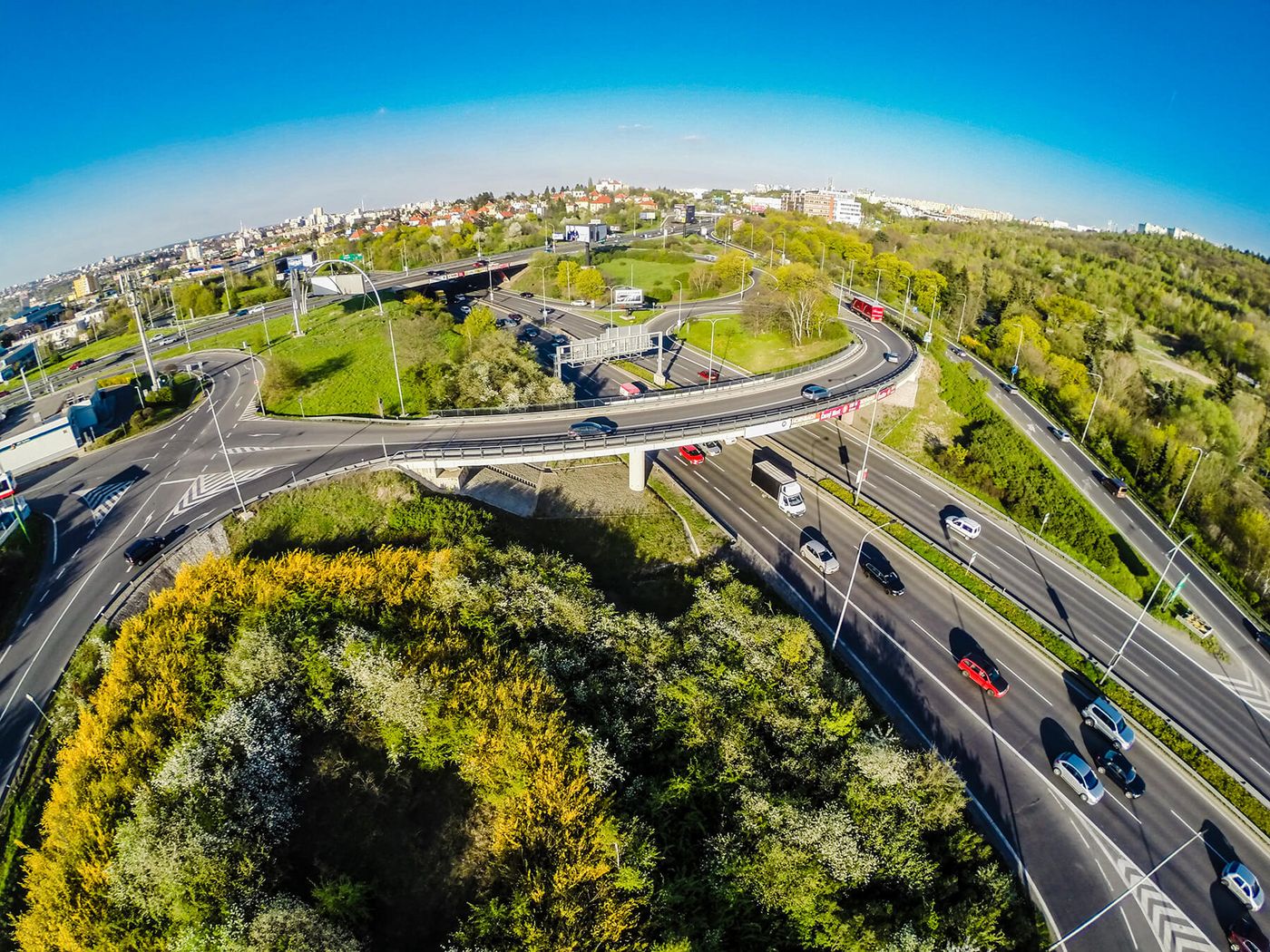 The bridge integrates seamlessly with its architectural surrounds.